I have seen some cute things on the Harajuku Bridge over the last few years, but these two Japanese kids are by far the cutest so far. The little girl is dressed as a Japanese lolita and the boy has a punk rock t-shirt. Just look at the pictures and you'll see: 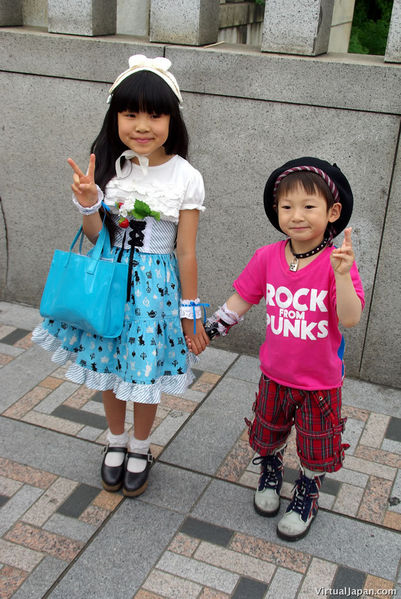 The little lolita girl with a bigger lolita wearing BTSSB: 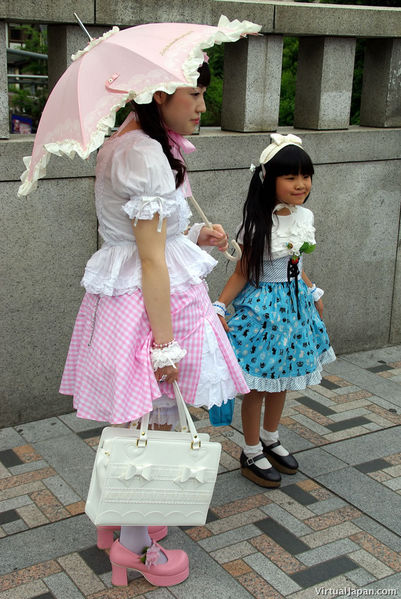 I also uploaded a few other new Harajuku pictures, including this one with two pink lolitas: 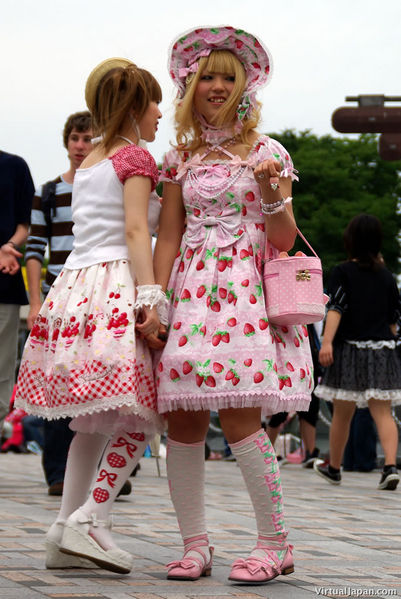 But nothing compares with the cute little Japanese kids in the first two pics!

OMG!! I love the lil punk rocker!! That's going to be my child one day!

i dont like kids much. my husband and i have made the decision not to have children. but id love to dress kids up like that, teensie little lolita girls! i have a nephew who i bought this killer tuque for:
Bloody Bonnet -Brain Eater

i hope he grows up punky.


i could potentially dress my cat up though.......but hes more likely to shred the clothing before it touches him.

Yeah these kids are so cute!!!! When me and my fiance(husband when we will have kids) have a child, I will dress him/her as J rocker/Lolita

I try to run away, forget it all…
The years pass, but pain remains.
These memories are like a thorn
Embedded deep in my heart…
It’s draining me drop by drop.
I can’t stop thinking about the past
The pain is too great, to just let it pass..

Quote:
Her shoes! Impossible not to fall off that heel!


everything is relative and contradictory ~

Can't wait to see what I dress my kids up in

awww!!!!!! kawaiii omg i jus want to pick them up n hug them ahhh!!!!sooooo cute

the kids are the best...
i want one of them!