This kind of a Kurosawa movie....it's only written by him, and he passed away before he could direct it, so someone else directed it instead. I don't want to compare this to Kurosawa's films, it's definitely different, using the emphasis on rain a little too much at times. It's a very peaceful film that does not pack the punch, the characters doesn't face consequences of their actions. But it's not a Kurosawa film, it's very mellow, very relaxing, and in general a pretty good movie on it's own. It's about a samurai who has no master, and when a lord is trying to recruit, he refuses.....that's pretty much it. But the performances, the acting are all really wonderful. The sudden fights were surprising to see, and really well filmed. THe main character really acted the role of the "gentle" samurai, as good as anyone. It's a good movie, and won bunch of awards, maybe only because Kurosawa's name was attached to it.
Last edited by Realism : 09-25-2009 at 10:34 PM. 天国はまだ遠く  Heaven is Still Far Away

Well, on one hand I really want to like this movie, but on the other hand there were some problems that really bothered me. There was one scene particular at the end that kinda ruined it a little, for the most part this was a well-acted, subtle film about a girl trying to get her life together in the countryside of Japan. Then there was one scene in the end where it became really, unnecessarily dramatic. I also thought that the male hotel owner's story was a bit exaggerated.......but for themost part, the character exposition scenes were pretty well done. The first half was quite boring at times, but the second half was powerful and emotional...especially when you know the girl will leave. The cinematography is hauntingly beautiful, the shots of the countryside will stay with you for a long time.
Last edited by Realism : 09-28-2009 at 04:40 AM. 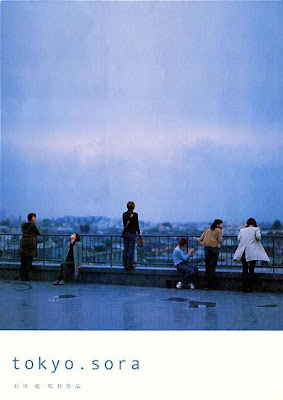 Tokyo.Sora is about 6 girls with 6 different stories as each of them is trying to make a living and deal with issues. Although they never meet, they do cross paths and pass each other along the way. This is a very slow-passed movie without any twists and turns, so I don't recommend it for those who have no patience, and the cinematography and the lack of dialogues makes it look like a documentary, but nonetheless this movie is very touching and beautiful.

Now this just pisses me off. We know that Sion Sono is the guy who made Suicide Club and Strange Circus, those crazy horror films. I just don't know why those films get so much publicity while this one doesn't even generate a minimal buzz. I think this movie is better than those 2, and it has such a powerful performance from actor Jo Odagiri that I would say this is probably his best performance to date. Odagiri's transformation from an innocent country bumpkin to a hardcore gangster is really, really convincing. This film does a wonderful job of illustrating two worlds, Japan and New York, it's an electrifying film with great lead performances. Sion Sono has already did his thing with the heavy topic of suicide, now he has done it again, criticizing Japan for being a country deep in hypnosis, the businessman culture, the student culture, and how everything is grounded in reality. He hits on all these points in this film without ever showing it, and the shifting of setting between Japan and New York adds to the fresh feel of this film. One of the best movies of 2005 I would say.

犬と私の１０の約束  10 Promises to My Dog

The number of animal movies coming from Japan have all been fairly good, and this one is no exception. After a very "family-oriented" introduction, the movie departs a little from the norm and from there the film starts to shine. The film really isn't about the 10 promises made to the owner's dog, but more like the 10 promises that were neglected, and that was what made the film. Also, the side plots were wonderfully done as well, especially the story of the Father who had to constantly change jobs because he couldn't stay with his family. It isn't a sad movie, you see what's coming, but it's still very enjoyable to watch.

Quote:
ah.. now I see where his name seems familiar from. (Shinobi: Heart Under Blade - Wikipedia, the free encyclopedia)

anyway... this seems like it would be a good movie. Thank you for posting about it.

this is one i really recommend

This is a bit of a bitter-sweet story. if you're like me and like odd-ball love stories i think you're enjoy this film as well.
Honestly i've never been good at explaining things so i looked up a good sumarry that doesn't give to much away.


Quote:
please take my word on it and watch this film. I've never been a really big Horikita Maki fan but in this movie she really flexed her abilities and sold it.

You know those movies that start with a plain story, but somewhere in the middle weird stuff starts to happen and you get that 'what the f*ck' feeling, but you don't want to stop watching,...well, this is one those movies.
A salary man while sitting quietly in his car waiting for for the traffic light to change gets hijacked by three bank robbers who just robbed a bank, but got fooled by the fourth robber and he got away with the loot. Now the three bank robbers and a poor salary man are in an adventure fate has set for them.
'Drive' is unusual because it starts as a comedy filled with irony, but as it goes, it evolves into something serious. Although far from perfect, but still worth to watch.
Last edited by Aniki : 12-18-2010 at 08:38 PM.

It is a quite sad movie. But if you watch it you learn a lot about the dark side of Japan. Sometimes it's hard to believe that something like this actually can happen here, but if you live a bit longer in Japan you know it can be true.

The story is about four children, each a child by a different father, abandoned by their mother. They are then forced to survive on their own.

I also like to recommend "Cyborg She" a movie with Haruka Ayase, but it's more something for fans of Haruka-chan like me!
If you want to have a look, check this: Cyborg She - Wikipedia, the free encyclopedia