Genkai in a Black Company

This was a pretty interesting movie that could have been much, much better if a few things were tweaked. For example, even though the story was a based on a true event. I felt that the main character could be better. He just wasn't an interesting guy. You felt that the bully co-workers around him were much, much more interesting than himself. And that was where the movie failed for me. There were some parts in the film that were pretty cool, like the special effects part where they were fighting a war...don't know why but those scenes were cool as heck. But they lasted way too short. But the ending really sucked, I thought the film just could have done much more. 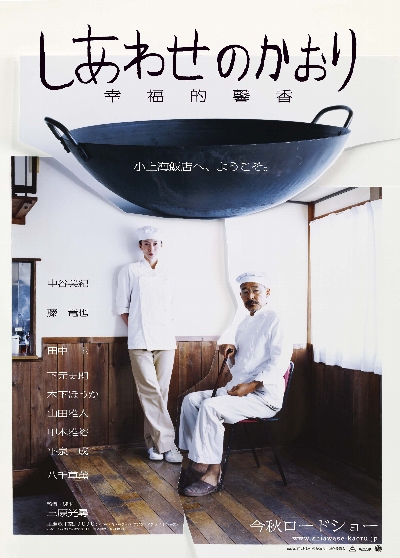 This is a good mellow film. I'm constantly surprised how Japan can make these low-melody films and most of them just turns out to be really good. This is an example of that type of movie where it is very easy-going, not much character-study, but you're able to learn a lot about the characters by seeing the things they do. The only complaint that I have is that there aren't any memorable scenes, I was surprised that the film was shot in China for certain parts, but then again it was just really mellow and nothing stood out much. However, the cinematography, and screenwriting are all pretty good. This is a very simple story with good acting, and that's where the film shined, you really get attached to the characters as you really wanted them to succeed. In a way, you never wanted the film to end, the chemistry between the chef and his student was great. There was a mutual respect/love that you can definitely pick out. I really liked this one.

Quote:
Just the idea of this movie makes me sad (in a good way) 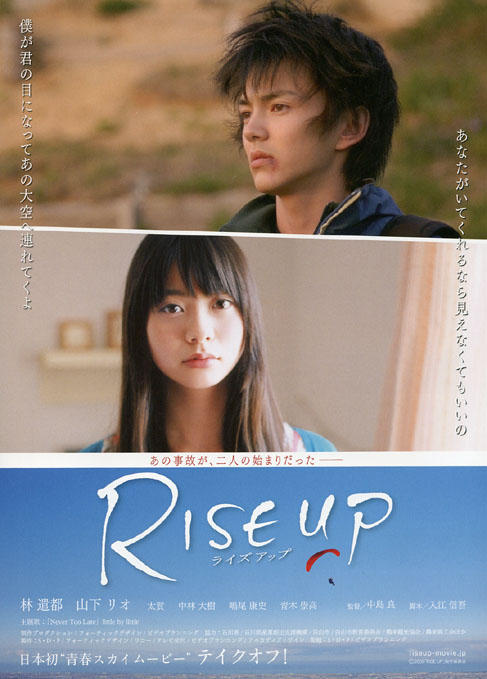 This movie just didn't work. They had really good material to work with, but the script just screws up everything. The acting and everything is really good, but the story just sucks big time. I was just disappointed at how the story was handled, simply because it's not remotely realistic (when the film tries to be realistic). It's about a guy who befriends a blind girl and one day finds out....holy crap....that he's the dude that hit her in an accident that caused her to be blind (

not even remotely possible). At that moment the movie just went downhill, tried to pick it up later with some good moments but too little too late.

This is a great film, really not much to say other than that this is a quirky good film to watch. Especially for the eccentric performances of all the actors. The story here is really simple. A girl forgets her clothes at the laundromat and the guy returns it to her. And of course the two fall in love or something like that and just bunch of quirky things happen. The direction is great...many great moments in this film. This is one of those movies where every character is important and well-written. The script is wonderful as well.

The plot and the setting is deceptive, it's a man who finds a new way of life as an undertaker, and learns the tradition of the trade. Obviously, he happens to be good at it, hence new way of life (a departure from his old self) but this conflicts with his friends and family that don't particularly want him to be an undertaker. It's a pretty slow film, but it's a good film, it's different to see the japanese death tradition filmed in so much detail (it won an academy award!)


"I'm sorry, but i must have given you the impression that I actually care about your opinions"

I'm pretty sure everyone knows Departures or at least heard about it. That's why I myself didn't bother to mention it.
I'd like to see this thread as place where people can recommend movies that are less known to the rest of the world.

それでもボクはやってない (I Just Didn't Do It)

The plot is simple. A young man by the name Kaneko on his way to a job interview gets wrongly accused of groping a school school girl. Of course he denies it believing that sooner or later the truth will come out and his innocence will be proven, and of course that does not always happen. For two and a half hours this movie shows what kind of hardships Kaneko must endure to get his name cleared. So, to those who wish to see how Japanese law system works (and it's flaws), here's your chance. I'm not sure if the movie accurately portrays it, but while watching I couldn't help but notice that the director did a lot of work to make it as realistic as possible, the movie looks almost like a documentary rather than a feature film.
Last edited by Aniki : 11-11-2010 at 03:20 PM. Reason: Added a trailer

Alright! I don't care much for the subjects you said. I really like the beautiful, sad, sweet Japanese movies!

Kyoshiro Nemuri and the Sword of Seduction


Whoever this actor is...he has to be the most baddass Samurai I've seen. I know a lot of people mention the Kurosawa films when talking Samurai stuff. This guy is But man this guy has to be the FIRST samurai to ever dye his hair...back in the 60s (or whenever this film was made)...dude is total badass. The story is great, but the best part is the action. It is unbelievable, one scene on the bridge when you see him dismember everyone in sight was just an awesome scene. I wish movies like this gets more exposure. Great film.